I’m setting up this corner of cyberspace as a home base of sorts. Come in and put up your feet for a while as you make your way to wherever you’re going. If you’re a traveler, or would like to be, or have been told that you are, you will find a place here. If you’re curious about cultures, languages, and the world beyond your backyard, there’s room for you at the table.

I’m an American living in Angola, working on a project to map out the languages spoken here and figure out how they’re related to each other. The goal is to travel to each province in the country, one by one, in order to conduct this research. Really, my blog was born out of what happens in between trips: I sit at my computer and write language survey reports. You have to read between the lines of these reports to get at the reason for why I love what I do. 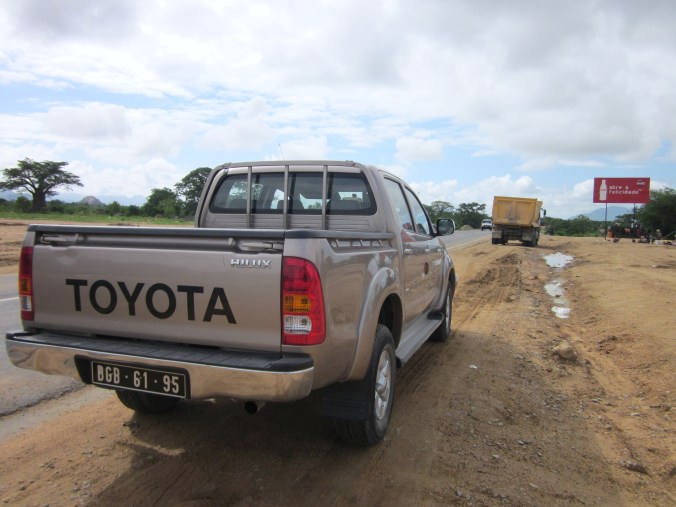 Hitting the road in Angola

This is where I hope to collect all that’s been living between the lines of a bunch of scientifically-worded reports and set it free to roam. As an expat who’s lived about half my adult life overseas, I’ve also done my fair share of roaming, and this blog is an outlet for all I’ve encountered that will never find its way into any official report. So it’s a pressure valve of sorts.

What can you expect from the All-Purpose Pilgrim? First and foremost, all will be seen through the lens of travel, however you want to define that- simply moving from point A to point B, getting outside your comfort zone, or chasing after your curiosity. There’s an awful lot of ground to cover within that perspective, but I aim to concentrate on the following three areas:

Most importantly, what you can expect from this blogger is a willingness and desire to interact. I’m not blogging in order to broadcast a message. This is meant to be a dialogue. So stop by for a visit, tell me how you got here and where you’re heading, and share your thoughts on the topic at hand. All fellow pilgrims are welcome.

8 thoughts on “Introducing the All-Purpose Pilgrim”